The Big Switch: Converting our Private Studio to Groups- Part 2

Prior to our group studio conversion, It was a bad cycle. The student would sluff off on practice, I would teach the same lesson again. I would talk to the parents. They would confront the student, or make excuses depending on their view of how involved they should be.  The student would practice for about one week only, or do last minute cram sessions before a recital.

Needless to say, I wasn’t enjoying my studio the way I had in the past. The students were growing at a snail’s pace. Dear thoughtful reader, I hear you asking, “What incentives did you have? Were you being a sour-faced teacher? (You know no one likes a grumpy teacher.) What about performance opportunities?”

Yes- I did have practice charts and prizes they could earn for practicing. We had twice a year recitals with desserts. I was pleasant and joyful at the lessons. I gave out hundreds of stickers. I had good rapport with my students and parents. I had reasonable expectations based on their age. But it didn’t matter. They would either remain as a student that barely grew, or they would quit as soon as something more exciting, (that didn’t involve lonely at-home practice) came along like group sports,  dance or gymnastics.

When your students aren’t thriving and things are becoming confrontational, and you really aren’t making the income you want to be…you can find yourself in a dangerous burn-out zone. You might even quit teaching and find a more promising and lucrative career. Nursing school sounds tough, but  so was music school, and there are always a demand for nurses. Reality check-I  don’t want to be a nurse. (Bed pans-eww, sticking needles in people, no thanks.)

I actually really do want to teach music to kids and own my own studio. So just we going to do about this? 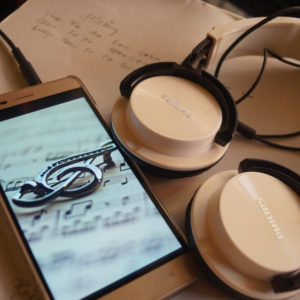 My studio had lost any illusions of grandeur in my own head, let alone the real world. My daily affirmations were gone. You could put a fork in me, I was done.

Meanwhile, the same type of lack of practice and student motivation was happening in my husband’s guitar studio. He was also exhausted. Our youngest son had  started teaching drums and was running into the same issues. How were we supposed to encourage him?

We were desperate. We both had taught groups in the past, and we knew that it could be a very effective way to motivate students. We had both been mulling it over. One Saturday in the spring, we were discussing the way we felt, and  dramatically the clouds parted and the sun shone through, and angels were singing, and without any hesitation, we were in complete agreement.

We were converting the studio to groups. We had nothing to lose. We had everything to gain. We were determined to change. We knew that we could no longer be the cart and pony show.  We hoped the group format would initiate peer motivation.  We just couldn’t be charming, funny, inspiring or clever enough to motivate them to practice.

They were going to have to have a little help from their friends. The ones they hadn’t even made yet as private students disconnected from each other. Twice a year recitals were not enough to motivate. Going back to festivals and competitions, and trophies felt wrong for us, too.

We needed to create a better studio community. We got in the car and drove straight to a music store. We were going to buy two more digital pianos so that we would have three in the studio. Once the two new pianos were paid for, we would buy one more. This way the studio would be able to teach groups of four by Fall.

Four students at a time seemed manageable, maybe even profitable. Terre would convert his guitar, bass, and drum students to garage bands. We were doing this. We were converting our studio to a group format, and we weren’t looking back!

At the music store we were dismayed to find very little group teaching methods in print to purchase. What was there was out-dated. We were going to have to adapt what we found and/or develop our own curriculum.

That didn’t stop us. By the end of the school year, we had purchased 3 new digital pianos and still had our old faithful Yamaha Clavinova. The studio also had a grand piano, and my faithful portable  stage Yamaha 59S keyboard as a back-up. This was going to work.

My husband’s studio already had drums, bass guitars, electric guitars, and recording capabilities- all things we had accumulated over the years.  The Big Switch was happening. We begin to tell our families of the big change coming in the Fall…