The Big Switch-Converting our Private Studio to Groups Part 3

What I  wanted most was for students to own their practice, no more nagging!

When I decided to convert my studio to groups I had about thirty-two private piano and voice students. Some students were only piano, others voice, and several had combo lessons with both. They were at various ages and levels. Most were elementary- aged kids, but I had a couple adult students and some teens. The teens were at various levels so it would be tricky to group them. I had a challenge in front of me, how should I group the students so that they would have the greatest benefit? 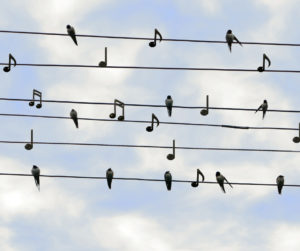 My main strategy was that I wished to improve their at-home practice. I wanted them to make friendships in the studio that would motivate and encourage each other. If they weren’t practicing consistently, but their buddy was, and they came to class unprepared, it would show. They wouldn’t want to be embarrassed. They would want to improve in the way their buddy had. My hope was that the peer aspect would create an intrinsic motivation in the student that was stronger than any motivation system I could adapt. I also hoped it would stop the practice nagging and confrontation happening at home between the student and the parents. The student would want to practice to keep up with their class buddies. They would look forward to class with their friends. I would be there as a coach to students and parents. We would all be better off.

In order to increase the class accountability peer to peer, I made sure that we would be playing in ensembles within the class. So, we would have methods books in which we would all have the same piece to play in unison but also we would have ensemble work. I called these activities their keyboard orchestra. Each student had a different ensemble part and a different orchestral sound. It would be important for them to have their own part down. Otherwise, the music wouldn’t sound right. If they came to class unprepared, it would be apparent. They would have to go home and work harder to improve the sound for the following week. Their class was depending on them.

The other requirement I made was that a parent partner had to be present for any student lower than level four. This should ideally be the parent that was on hand at-home for practice sessions. They were encouraged to be involved in the class. This most often tended to be mothers, but I did have some dads as well. I found that the preschool and kindergarten parents were the most involved and those students progressed the fastest. Elementary aged parents who were used to dropping off their kids at school or sports or dance activities, liked to back-off and sit on the couch in my studio. They would often chat quietly during the class. I had to decide if that was okay with me, and if it was working for the benefit of the student or not.

If we were having headphone practice time and they were zoning out, I would have the parent come and work with them. If the student was having difficulty tracking through the music by-eye  as we were playing together, then I would have the parent come and point to the notes as the student played. Overall, it was apparent, the more the parent was involved, the better the student grew at both class and at home. However, I had to respect the individual rights of both the parent and the student to have some space from each other as the students progressed. Sometimes the student needed the parent to back-off, other times they needed their help more than either realized, and I would simply motion to the parent to come help and that worked fine. In time, the students became more self-directed and listened better to instruction. The older students were able to become independent of their parents at class. This has been a gradual change, is seems the process can’t be rushed.

I did feel that the parents getting to know one another in their couch time was valuable because they looked forward to seeing each other every week. They had met because of our class sessions and now they had allies in each other, and they could bounce practice strategies off of each other. They gained a validation of sorts because they could see that their student wasn’t the only one who didn’t want to practice effectively. They were learning how to help their students more at home. Positive community was being fostered. We were all on each others side.

This all developed naturally out of our mutual need of each other. In my prior private lesson studio, the families only saw each other twice a year at recitals. No one really knew each other. Now we had a village. We all wanted each student to do well. It was positive affirmation all around. We were encouraging each other. We were each others cheerleaders. The kids were friends.  The parents and I were friends. We were growing. The synergy was simply beautiful. The recitals were more fun and engaging. The piano players were now an orchestra! The vocalists were harmonizing. They had fun group names. My husband and sons’ students were rocking out in garage bands. Our income had become more sustainable. Group teaching truly is the bomb-diddly.