Now you know my why– I needed the students to want to practice, and to liven up my boring studio- But how exactly did we convert all those students and keep everyone happy?

If  I had been teaching only one instrument, it would have been a little easier to figure out, but I had both private voice and piano students. Some were in combination lessons.  They were at all different ages and levels. How was I going to put them together?  It was messy in my brain. I feared telling the parents and students about the Big Switch until I could sort it out better myself.

” When you are a bear of Very Little Brain, and you Think of Things, you find sometimes that a Thing, which seemed rather Thingish inside of you is quite different when it gets out into the open and has other people looking at it.” A.A. Milne 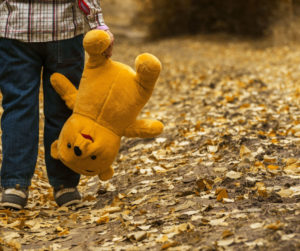 So I bought a simple wipe-off chart, (the kind you get in the teacher section of the dollar store) and I wrote their names on the side and their skills along the top.  I looked for similarities and where students would need to synchronize.  At the same time, I began talking to the students and the parents about the group change that was coming in the Fall. It was getting obvious, the new pianos had arrived.

Some were immediately excited. They needed change, also. Others asked more questions, they needed more information. A couple refused, they were simply not going to try to learn in groups. Interestingly enough, those refusals came me from the students themselves, and not the parents. It seemed to have to do with shyness and confidence issues. Still, it was only about three students. Out of my twenty-three, that wasn’t bad.

Grouping the students proved to be an excellent exercise for me as a teacher.  I was forced to be brutally honest with myself about each students strengths and weaknesses in their playing, theory and technique.

Besides grouping by age, I also asked thought about each student. Who loved to sing? Who didn’t? Who was already reading notes on the staff well?  Which method book were they in?   What had they already accomplished well? How was their reading? I charted it all.

This method wasn’t perfect. It didn’t take into account new students that would be joining the studio in the Fall. It also didn’t account for any growth that they might obtain over the summer, or conversely any regression.

One thing that became clear was that some students would need to work harder over the summer in order to be grouped at a level with peers their own age. With some it was because they had  started lessons at a later age. In other cases,  it was because of a lack of  good practice habits.

As I looked at my student roster I noticed that I had about four piano students that were boys around the same age. Two liked to sing and two didn’t. I decided to deal with the singing issue later and put them together, regardless.

I had now grouped four returning students. I only had about twenty-eight to go…good grief. Since I had a boys class, I decided to have a girls class. So I grouped three little girls together. They were at a comparative age and grade level. This group liked to sing. So, we add singing into the class at a larger level but again it was primarily a piano class. I chose songs that would appeal to girls. Easy peasy, so far.

I had some students that just weren’t going to fit together. They were older. They were at higher playing levels, or they were a voice student only. These students I kept in private lessons with the intent to group them later if able. New students were interviewed and placed accordingly. If they needed to be in a private lesson for a few weeks before grouping, to catch up a little to the content of the class I did that.  Over the course of the next year,  the majority of my students were grouped.  The Big Switch was done!